The 4-room daycare center 'An der Umkehr' in Bonn was built as part of the 'Konjunkturpaket II'.

The approximately 2,900 m² plot of land is embedded in public green spaces and borders on a newly developed residential area in the north.

The development of the property takes place from the residential area over a 40 m long and comparatively narrow dead end. The one-storey building is arranged almost in the middle of the property and is oriented essentially from south-west to north-east.

The building is designed as a central building. All functions are grouped around the central hall, which is available as a play and action area. The group areas are self-contained units, each organized around the group room. Each group has direct access to the upstream terraces and play areas.

The building was erected in wooden panels with a plaster facade. The wooden flat roof construction supports a warm roof with bituminous covering. 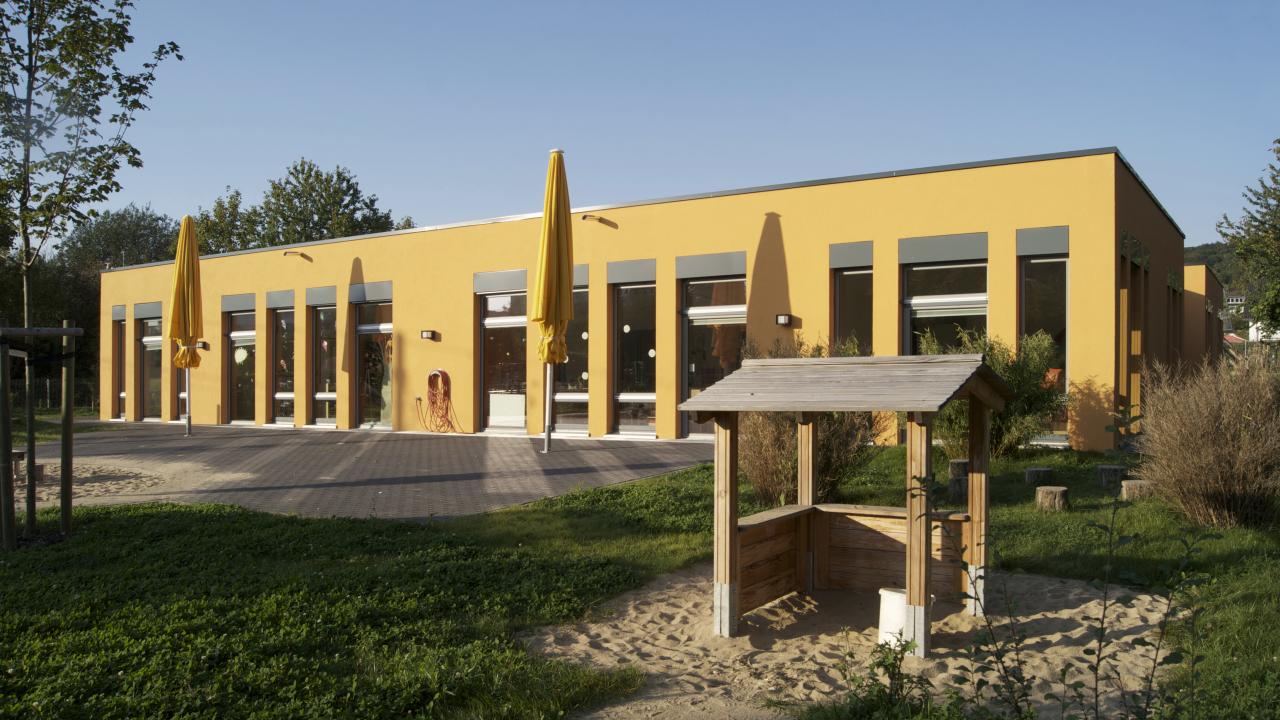 The one-storey building is divided into three wings, which are grouped around a central hall. The hall connects the wings with each other. Joint meetings and events with all groups take also place here.

Four groups of children are housed in the two opposite wings; Each group room enables direct reference to the outdoor play area through floor-to-ceiling windows. Sanitary facilities, bedrooms and adjoining rooms are adjacent to the group rooms.

Other functions, such as administration and kitchen in the third wing, as well as a multifunctional room on the opposite side, complete the central hall.

The building is entered along the third wing. The daycare center is decorated in friendly colors. The yellow of the floor connects all rooms. The orange of the facades continues inside and emphasizes the individual structures.