The Catholic Elementary School (KGS) 'Kettelerschule', which was built in the 1960s, is being rebuilt and expanded in accordance with the pedagogical concept of the 'Montag Foundation Jugend und Gesellschaft'. The concept envisages the promotion of students who are predominantly from a rather troubled environment. In addition, the school should be anchored more strongly in the district. 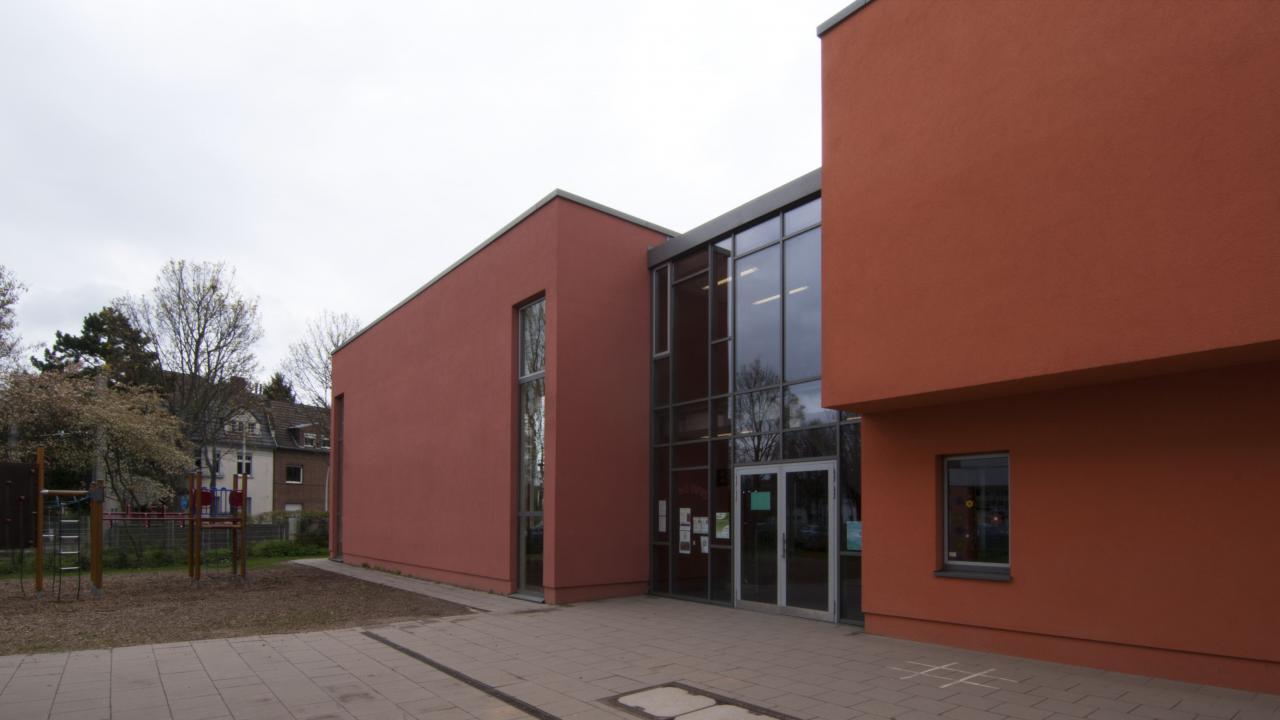 A multifunctional forum not only serves as an auditorium and sports area, but is also available as an event location for the district. In addition, rooms for the 'Übermittagsbetreuung' as well as 'Fachräume' are created.

Approximately 60 percent of the originally single-storey building A will be dismantled and complemented by a 2-storey structure, that limits the school yard to the north. The administration rooms and the teacher's room are located on the ground floor of the extension, with two new 'learning families' above. The existing building houses two more learning families. Both, existing building and extension, enclose the forum.

The 3-storey building B is completely redesigned inside. The eight classrooms on the upper floors will be renovated and converted into four 'learning families' in accordance with the educational concept of the Montag Foundation. On the ground floor, in the area of ​​the former auditorium, the rooms for the day care, including the kitchen, are designed. The administration and staff rooms replace special rooms such as the library and the 'Werkraum'.