The listed waterworks and pump house ensemble was built in 1875. It served as the seat of the German Bundestag from 1986 to 1992.

Here in 1990 the reunification of Germany and in 1991 the move of parliament and government to Berlin were decided. After the move, the city of Bonn took over the rights of use for the building in 1999 and made it available to the newly founded World Conference Center Bonn (WCCB). Currently there are congresses, concerts and other events. In the future, the waterworks will be part of the so-called UN campus and used by United Nations (UN) agencies. 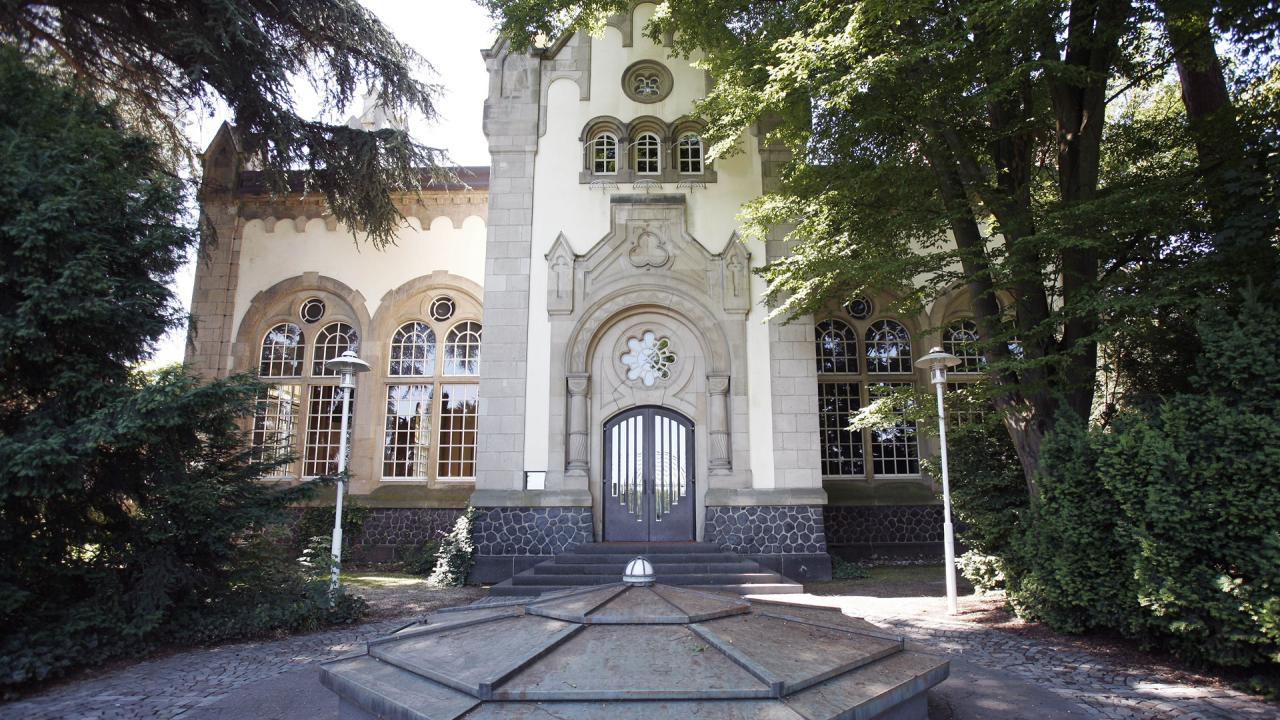 In 2012, the interior was completely renovated, taking into account the strict requirements of monument protection. The floor coverings are renewed and all wall surfaces are processed. The listed sisal floor is re-stretched using elaborate, old handicraft technology. Contemporary fixtures from the 1980s, such as telephone booths and a bar in the basement, are being renovated. In addition to repairing moisture damage and installing a modern blackout system in the pump house, the roofed connecting corridor between the two buildings, which the members of parliament called ‘Löwengang’, has been completely redesigned.